I send a text -> “the car was on fire last night” -> to a file explorer and I checked an option “Send return key”. But the node only sends text up to 10 characters (Please see the picture).

Could you guys tell me why? Did I miss some setting? 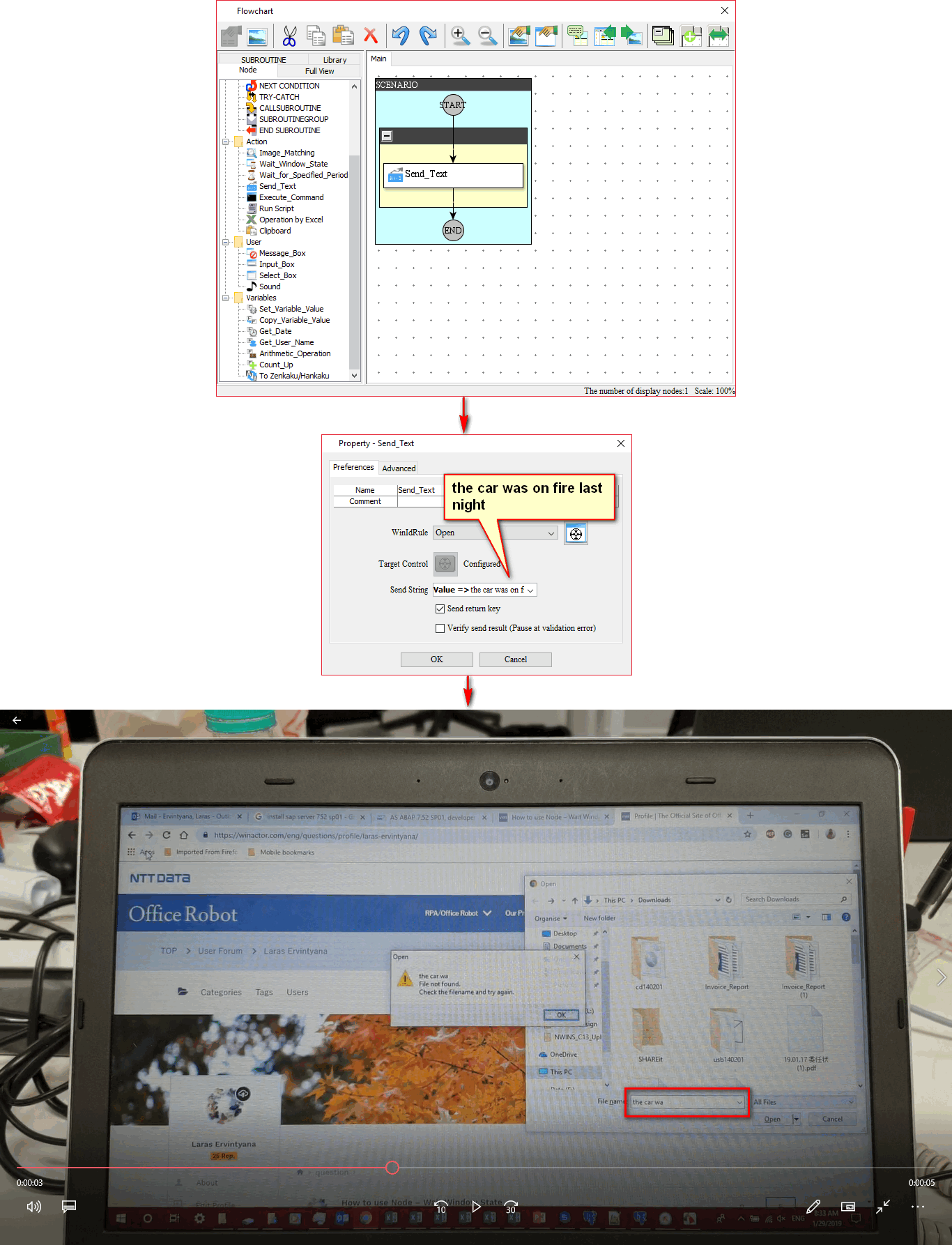